I have just got home, sat near the fire with a cup of tea and I have finally got around to finishing editing the photos I have been taking the last few days. London is a place that I am very comfortable with, I have been travelling there numerous times a year since I was around 5 and I have always enjoyed the classic ‘buzz’ of the city. For me, London is far enough away to feel like I’m on holiday but still in the country and so easy to access with a train or two. Although busy, I find London relatively relaxing and there’s always something new to see. I have been going for 12 years and I always find something new to discover, like in this London Travel diary.

This time was completely different to any other holiday though as my best friend Emily came with me for a few days of fun. I have stayed overnight in hotels with friends but I have never been on a ‘proper’ break with a friend and I have never been away at all with Emily before. It’s made me realise how amazing traveling with friends is. 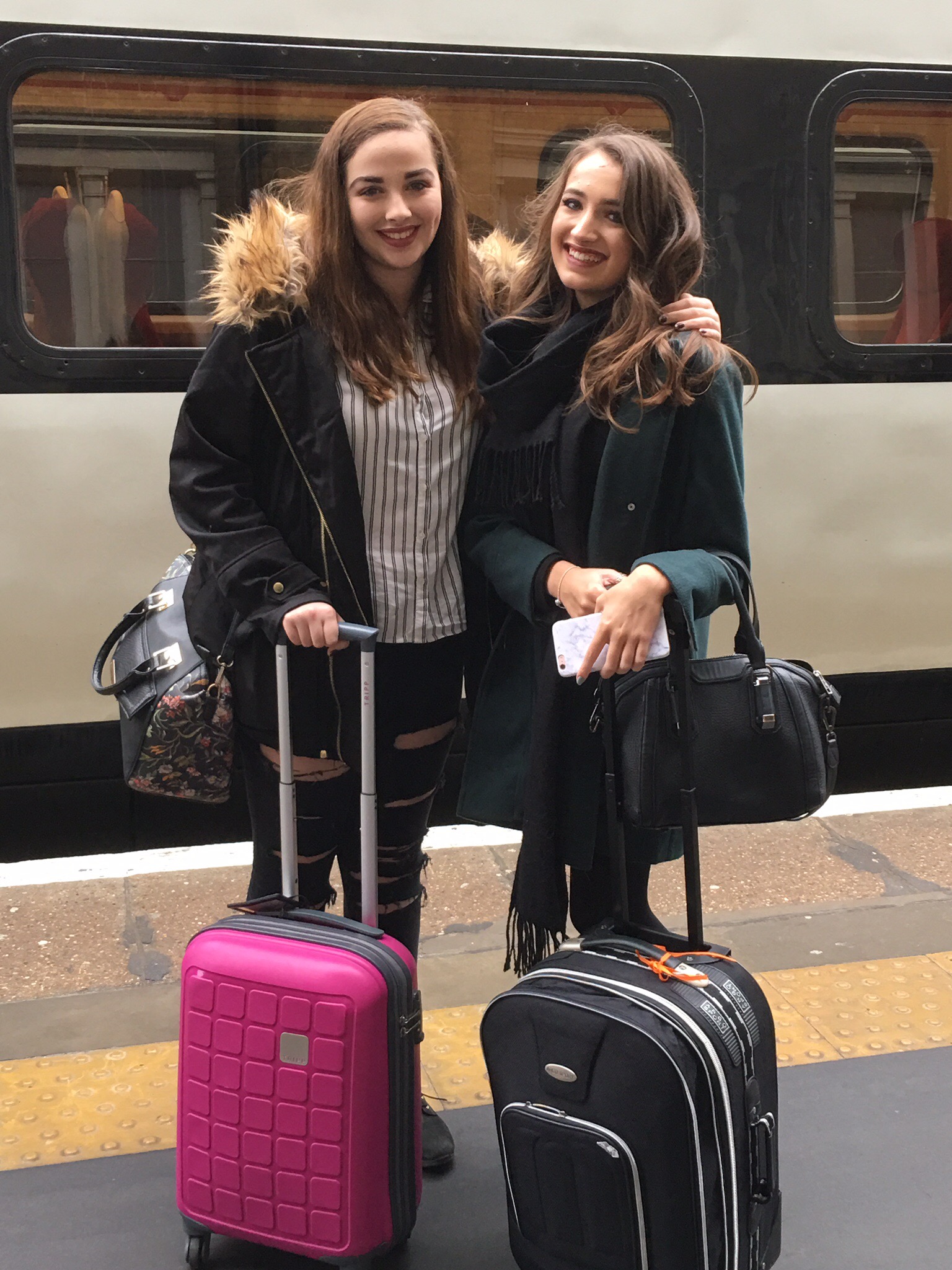 The train was booked for a completely ridiculous time on Wednesday morning however despite getting up at 4:30, it was so worth it as it meant that we had a full day in the city. Even after travelling from Kings Cross to the hotel and then checking in, we were still ready and out on the streets of London by 11:30am. We decided to not stray too far away from the hotel and instead looked around Oxford and Regent street. In my opinion, the shopping in London is like nothing else in the country and I always end up overspending. It’s just so hard to not when there are so many unique items that you can’t buy at home!

Carnaby street is one of my favourite areas of London, it’s so central but seems to be slightly quieter than the hustle and bustle of the Oxford Circus area. We spent a long time around there, and we had lunch in a lovely little cafe called ‘mother mash’. It is a small thin cafe, which used to be part of an alleyway and their speciality is sausage and mash (which is actually one of my favourite dishes). If you ever get chance to go, I would highly recommend it. If anyone reads a lot of my blog you may have heard me mention a Mohammad Ali poster that I saw in a cafe years ago and Mother mash was that cafe… Although I was quite sad to find out that the poster is no longer there 😕

The only downside of waking up at 4:30 is that by 3pm we were both tired and in need of a relax as opposed to central London that appears to constantly go at 150mph. We decided to go back to the hotel and make use of the spa and pool facilities. One of my favourite memories from this London travel diary was just chilling in the steam room and chatting, it was so nice to switch off and relax for a while.

One of my favourite things about weekends away is having a few nights to dress up on an evening with pretty dresses and nice makeup. It’s nice to actually take time getting ready and it’s one of the best parts of an evening for me. Listening to music, having a couple of drinks and spending a few more minutes blending eyeshadow is all it takes to get someone in the ‘night out’ spirit.

The next day we wanted to go somewhere a bit more alternative and ‘edgy’ to central London, so we decided to get a taxi and head to the Brick Lane area. I have been to this area before but around 4 years ago so we were due to return and have another look around. This area is so cool and gives me so much inspiration for photography etc, I especially love the street art! I took so many outfit photos and photos from around the area so I have decided to create another post to share them on, along with some cafe recommendations.

As much as I love the Spitalfields area, I find that it doesn’t take long to look around so we hopped back into a taxi and went to Covent Garden for the afternoon. Again, this is a lovely area and somewhere that is amazing for shopping but isn’t ridiculously busy. I am able to spend a whole day here but we didn’t have time for that, it was a quick visit but nice to walk around and look in a few shops. We also had a little walk through St Neil’s Yard, which is a really colourful corner just off Covent Garden. I absolutely love it, so photogenic and makes for amazing photos in this London travel diary!

Instead of getting a taxi, we decided to walk back to the hotel. At an average pace it would take around 20-30 minutes to walk back, but we decided to stroll through China town, SoHo and Leicester Square and have a look at what was going on. There were some street performers and I also enjoyed going to M&M world near Leicester Square. It’s very touristy but very cool and a lot bigger than the Orlando branch that I have been to.

My friend Emily has never been to London properly (she went when she was very young but can’t remember much) so we decided to take her to the classic ‘attractions’ on the last day. The morning was beautiful sunshine and quite warm, a perfect crisp spring day which was lovely. In the space of a couple of hours we saw

One of my favourite little memories of this London travel diary was being able to go back to St James Park and go to a little playground. When I was very young and used to go to London in the summer, we always used to go to this park and I have such strong memories of playing in the sandpit under the sun and having so much fun. We have never had the chance to go back before now but because we were near Buckingham Palace, we decided to try and find it and I’m so glad we did. It made me feel so nostalgic and it was so nice to make new memories there with my best friend over 10 years on.

As much as I loved seeing the main landmarks of London, the area from Big Ben to the London eye (across the Thames) was far too busy for me. It was too chaotic and I feel like I didn’t process everything because I was in a constant current of fast moving people. If ever we go back, I will definitely won’t be going in a school holiday as although it will be busy whenever you go, it would be slightly quieter not in a peak tourist time. Similar to Brick Lane, I am going to create a whole separate post on Southbank and my outfit of that day so I’ll only lightly touch on this. After passing London eye, we walked all the way down southbank and then we got a taxi back to near the hotel for last minute shopping and packing before our last night out. We didn’t have time to do much on the last day as the train was at 11:30 so we woke up early, walked to Primark after breakfast to buy another suitcase (because I bought so much I couldn’t fit it in mine) and then set off pretty early to be at Kings Cross in good time. I have truly had the best few days, so many memories were created and I loved being able to share that with one of my best friends, I’m feeling so content and refreshed now. In the space of 4 days I have taken nearly 300 images for these London travel diary blog posts so there will be a couple more London posts in the next few weeks, but bare with me as I also have a very busy March and A level work also takes priority.

Have you ever been to London? What is your favourite area?

My 10 favourite things about Christmas

Getting organised for second year at university.