I love little weekend getaways and luckily I seem to be collecting a lot of them this year, this being my third trip so far. I love having a small escape of everyday life to explore somewhere new, but not be away from home for too long. It also fits perfectly for me as a student, as my weekends are too short for a trip away and I often can’t devote my holidays to travelling (although that would be lovely in an ideal world). I adore cities, I think I have mentioned it before but I love the feeling of being alone whilst surrounded by so many people, all with different backgrounds and experiences. Cities make me feel a way that no other place can make me feel, and I completely agree that you can actually feel the buzz of a city. This Edinburgh travel diary is one of my favourites of the year so far!

I have only been to Edinburgh once a few years back however it was only for the day (don’t ask… it’s a long story). What I saw I really enjoyed and since then it has been on my list of places I wanted to go back to. In addition to this, my nan has always wanted to see a panda so since they have them in Edinburgh Zoo now we decided to go and make that part of the visit as well. The journey there was nice and chilled out, we decided to drive up (its around 4 hours in a car) and it was lovely to completely zone out and listen to music for a few hours. We arrived at around 2pm so we still had plenty of time to explore once we had checked into the apartment. The hotel/apartments were gorgeous and I am definitely going to write a blog post about the company we stayed with, so look out for that in the next week or so.

We had a few hours to spare so we decided to go out and explore the city, and I got to shoot some content for this Edinburgh travel diary. We did a fair bit of walking with no actual purpose other than to see parts of the city. Something I adore about Edinburgh are the buildings, the architecture is so beautiful and everywhere you look seems like something from a photograph or a painting. My nan kept saying it reminded her of Harry Potter and I can completely see why, the buildings are almost magical. Something funny we came across was a large scale karaoke performance of angels by Robbie Williams in the middle of a park, I believe it was a beer festival and because we passed at around 4pm everyone had been drinking for quite a while! We did a little bit of shopping, but my main focus was to have my camera out and take some photographs. The whole city is so picturesque and I love it, plus I haven’t had chance to take new photos in ages so it was lovely to do something I enjoy whilst exploring somewhere new. I love taking photos of new places as it makes me soak up the atmosphere and notice smaller things more, and often things you wouldn’t normally pay attention to. 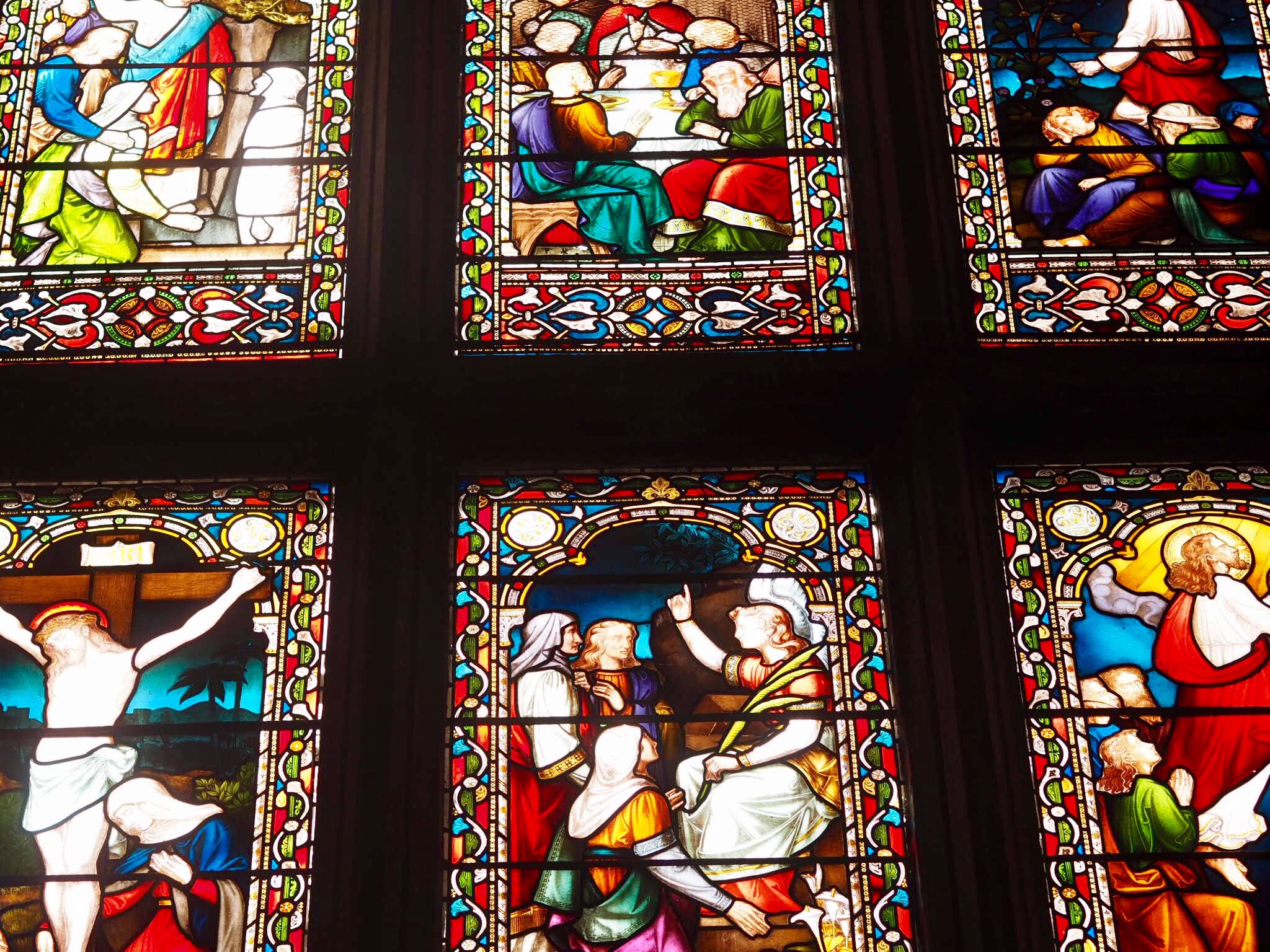 A personal funny highlight of the trip was seeing the Adam Smith statue on the royal mile, mainly because I’m an economics student (who has way too much interest in economics) and I didn’t know the statue existed. For anyone who doesn’t know (which im presuming is 99% of people reading this… I highly doubt many people are interested), he is named the ‘father of economics’ and he studied in Edinburgh, hence the reason why this statue is on the royal mile. I found it completely by surprise, and I don’t even know how I noticed it as I usually don’t pay much attention to statues. I then proceeded to get way too overly excited about it, I bet the people around me thought it was mad for a 16 year old girl to be that happy about a statue. It’s a memory that I doubt anyone reading this will care about, but I found it quite funny and I wanted to document it somewhere.

The next morning we went to Edinburgh zoo, to fulfil the main aim of the weekend…. pandas. Honestly I’m not sure how I feel about Edinburgh zoo, it was a nice atmosphere but it wasn’t the best zoo I have ever been to and I don’t think I will return. However I did get some amazing photos, I took my zoom lenses with me (which I never use) and I had fun playing around and trying to get some good photos of the animals. Im really happy with how some of the shots came out! We also luckily saw the pandas (apparently they don’t come out very often during the day), and that was a good experience to watch him and learn some facts about pandas from the staff there. Overall it was a good day out but I think I expected more from the zoo itself, the rest of the animals were quite underwhelming in my opinion.

That evening we were really tired (Edinburgh has a lot of hills!), so we decided to stay in the apartment and relax. The ‘one love’ concert was being aired on TV so I watched the majority of that whilst eating a takeaway and sorting out all the photos I took the previous day. The concert was incredible, it made me incredibly proud to see so many amazing artists come together to create something beautiful from such a tragedy.  I’m so glad that the concert was arranged, not only to raise money for victims and their families but to show that love will always override hated.

To end the Edinburgh travel diary, we decided to break up the long drive and stop at the Kelpies. These are huge metal statues of horses on the side of the motorway (created by Andy Scott), and I had never seen them before so it was worth stopping. They are so much larger than I imagined them to be, but so beautiful. We weren’t there for very long but it was good to see them, and there are also some cafes near the statues so we stopped and had a drink. It’s a nice way to break up the journey and added something different to the trip. If I see them again I would love to see them at nighttime as they are apparently lit up with different colours, which would be so captivating. 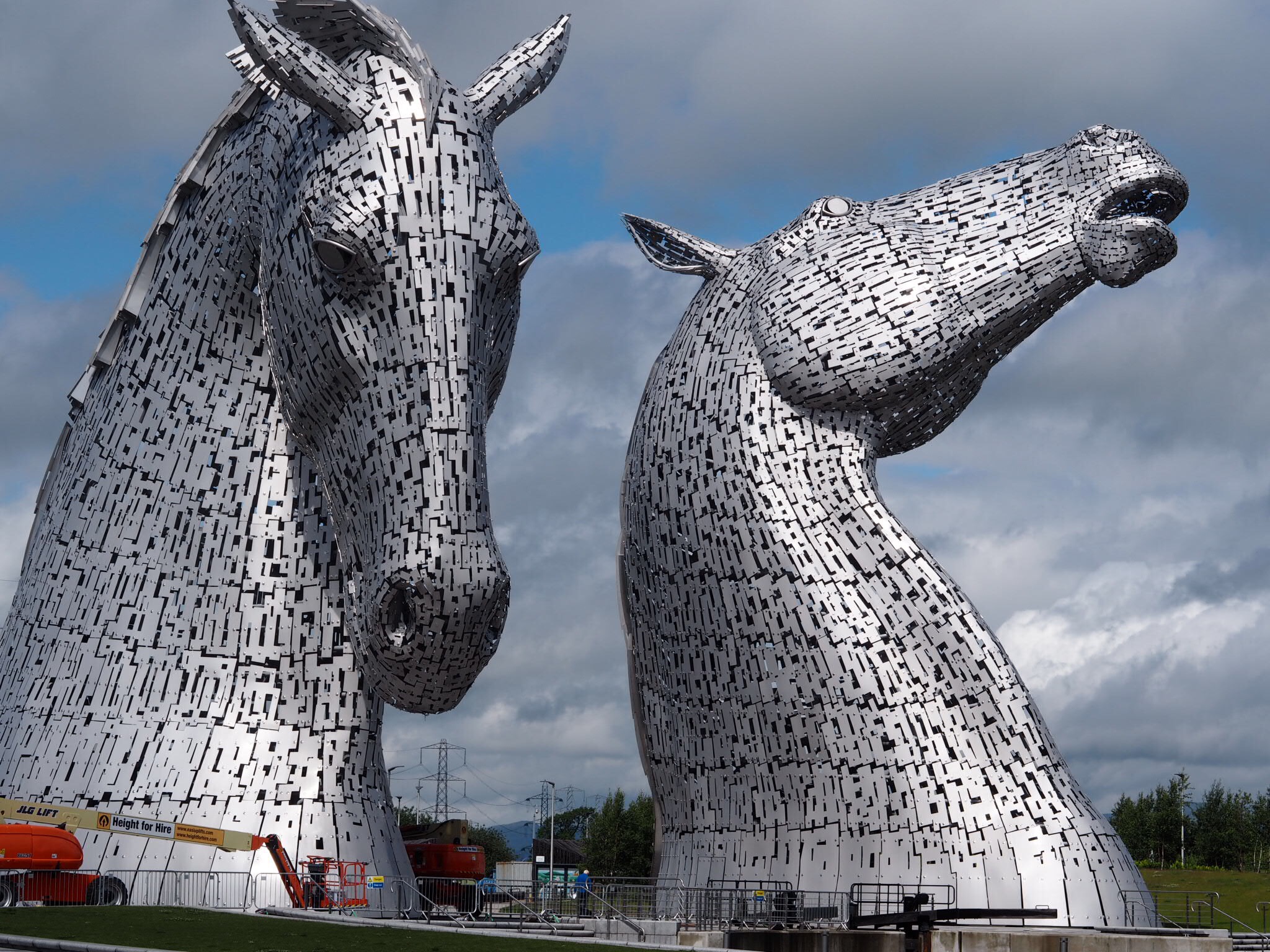 Overall I really enjoyed myself in Edinburgh and I definitely want to go back and explore some more, I feel like I only really touched the surface and I want to see more of the history and some classic tourist attractions which I didn’t have time to visit on this trip. This Edinburgh travel diary reminds me of Dublin (my favourite place) in the sense that although it is a city and has the atmosphere of a city, it is set at a slower pace and is more laid back, in comparison to places like London that tend to go at 100mph 24 hours a day. I left Edinburgh feeling inspired with my blog, full of new ideas and I can’t wait to share them with you over the coming months.