Im so excited for the next few posts that I will be uploading, because travel posts are some of my favourites to write and upload. Last week me and my best friend Emily went to Tenerife for a week abroad, to completely relax and chase the sunshine a little (although turns out that when we were there the UK was the same temperature as Tenerife). Traditional summer holidays where you are beside the pool aren’t typically my style but I was so excited to just completely let my hair down and relax. Plus Its the first time that I had ever been abroad on my own and the first time that I flown without an adult with me… although I am technically an adult which is an even scarier thought. We were away for a week so I have decided to split these ‘Tenerife’ diaries into 3 separate posts, all with 2 or 3 days in each one.

Emily first came to my house on the night before our flight, so that we could pack together and most importantly get excited. We were sharing a suitcase so spent most of the evening trying to cram everything we needed into our luggage, which didn’t work at all and we ended up panic buying more weight allowance at 2:30am. It turns out two girls take a lot with them on holiday!! As you have probably gathered, we ended up having a rather late night so we were very tired in the morning, but luckily our flight wasn’t until the afternoon so we didn’t have to get up super early. Emily’s dad kindly drove us to the airport and we arrived about lunchtime, ready to work out the airport and get flying. Luckily I have flown from Newcastle quite a few times before, so I think it was a good airport to fly from first as I was used to it and knew where I was going. The airport experience was actually pretty smooth, with no delays whatsoever and barely any queues during security etc, meaning that we landed as expected around 7pm. 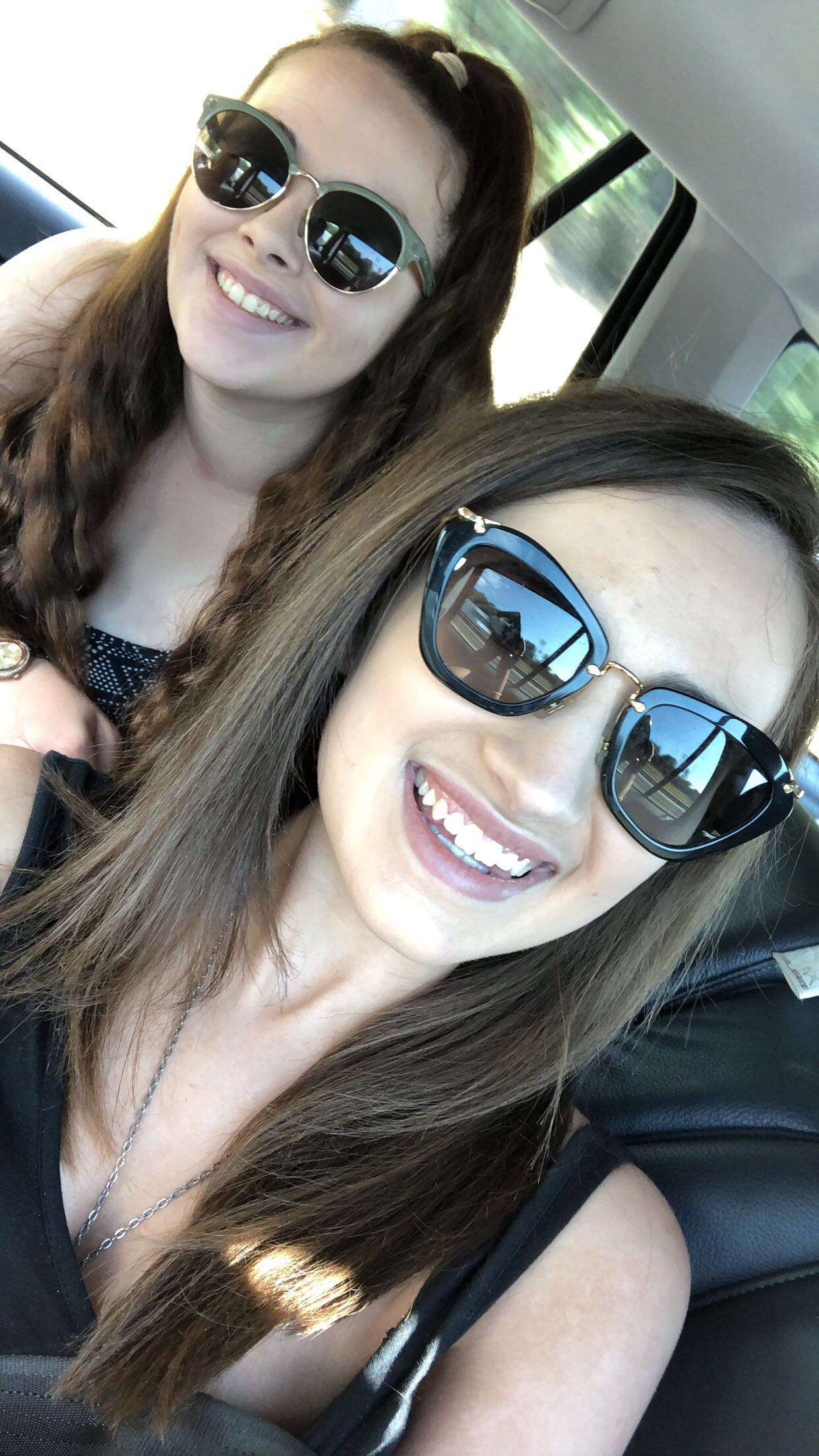 We arrived at the hotel around half 8 but we were both so tired that we did nothing apart from get to the hotel room and unpack a little. I was so tired that I just wanted to sleep after about 13 hours of travelling in total… I was very thankful for my bed! The view was gorgeous from the room and on the first night I spent a lot of time on the balcony watching the sunset and just chilling out. I was so happy to be there but equally just so tired that I don’t think I fully appreciated the gorgeous area until the next day.

We got a lot of sleep and then we were up bright and early the next morning. This was our first full day in Tenerife so we were not going to waste any of it! In our hotel room we had a little kitchen in case we wanted to make something ourselves so we decided to walk to the local supermarket (about 15 minutes away) to pick up some snacks and breakfast food. I think it was a really good idea to go to the supermarket to pick up some food as it was cheaper (we are both students after all) and it was equally nice to be able to eat food on the balcony whenever we wanted. That being said I was very rarely in the kitchen because Emily was chief cook and I was chief cleaner! It was a really nice walk to the supermarket, and it meant we got to walk past some nice restaurants and bars… I really liked being able to get our bearings and see where everything in the local area was as I had never been before.

The rest of the first day was spent relaxing by the pool and exploring the hotel complex. I really liked the pool area although we didn’t spend as much time as I would have liked there because we were so busy and it was just so hot! We got our tan started though and we had a well needed relax, it was so nice to completely switch off for a while and just sunbathe. That being said, I soon discovered that I am pretty useless at relaxing as after an hour or so I just needed to do something! Im going to take a moment now to express how much I loved the hotel that we stayed at. It was called the Monterey resort and is part of a much bigger global brand called CLC. I loved the room and the huge balcony and would definitely stay there again, it was such a relaxing place and because it was so high up it felt like you were away from the hustle and bustle of the town.

The main ‘event’ of the Saturday was our big night out. I have only recently turned 18 so I have never had a night out yet, until now. What a place to have a first night out, it has set the standard pretty high! Me and Emily spent ages getting ready and getting all dressed up for Veronica strip, which if you don’t know is a long street of nightclubs in Tenerife. I won’t share my outfits because I have done a whole separate post with ‘a week in my outfits’ (click here) but all I will say is that I absolutely loved it and it was perfect for the evening. I wasn’t sure that I would enjoy the nightclubbing experience but it was actually one of the best and funniest nights ever, Emily got rather drunk to say the least and it was just so nice to let my hair down for the first time in ages. We spent the night in the Oasis bar and I adored the atmosphere and the songs that the DJ was playing. I stayed relatively sober (quite good going if you know me) but it was still so good to have a dance and have fun with Emily and another group of people that we were dancing with. I can 100% see why people get so drunk on foreign holidays though, because it is so cheap. I’m not sure if the amount of alcohol that we got for 20 euro was a good thing or not!

So that was the first two days in Tenerife, which were overall pretty relaxing until the night out happened! It was the best start to the holiday though and the Veronica strip experience was the definite highlight of the first few days. This is probably the shortest post out of the three because we spent the majority of the our time relaxing… all of the fun days out and excursions are yet to come! As always thank you so much for reading this and supporting me, travel posts are some of my favourites to write and I hope that you have enjoyed reading them too.

Previous:
The secret world of Jeffree Star- My opinion.
Next:
Tenerife (Day 3,4&5)