September 2019 has been a busy month, and I have barely stopped, but its been a good one. I have barely been at home to be honest, and have spent most of the month travelling around the universities for freshers week, which turned into freshers 3 weeks for me. I feel so tired now but its been so worth it and so many memories were made this month. September 2019 seemed to be the month of travelling for sure! 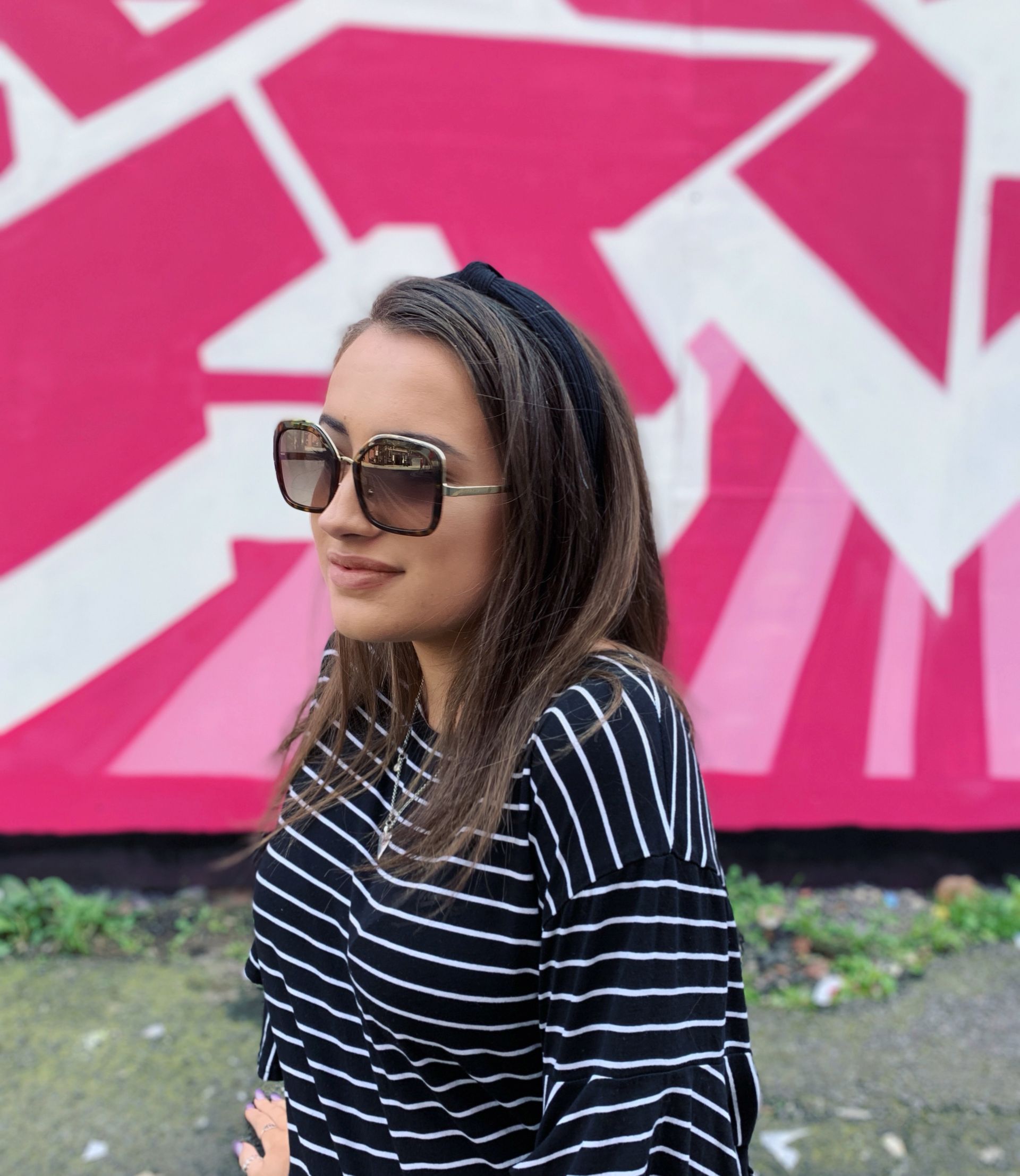 We started the month in a very relaxed way, with me and my boyfriend going to a little holiday cottage in the countryside for my boyfriends birthday. I wrote a whole post here so I won’t go on too much about it, but we had a fabulous 48 hours of fully relaxing, eating and drinking, and relaxing in the hot tub. I loved it so much! I will definitely be going back to that holiday cottage again next year hopefully, as it was a little escape for a few days and was so much fun (and reasonably priced too). 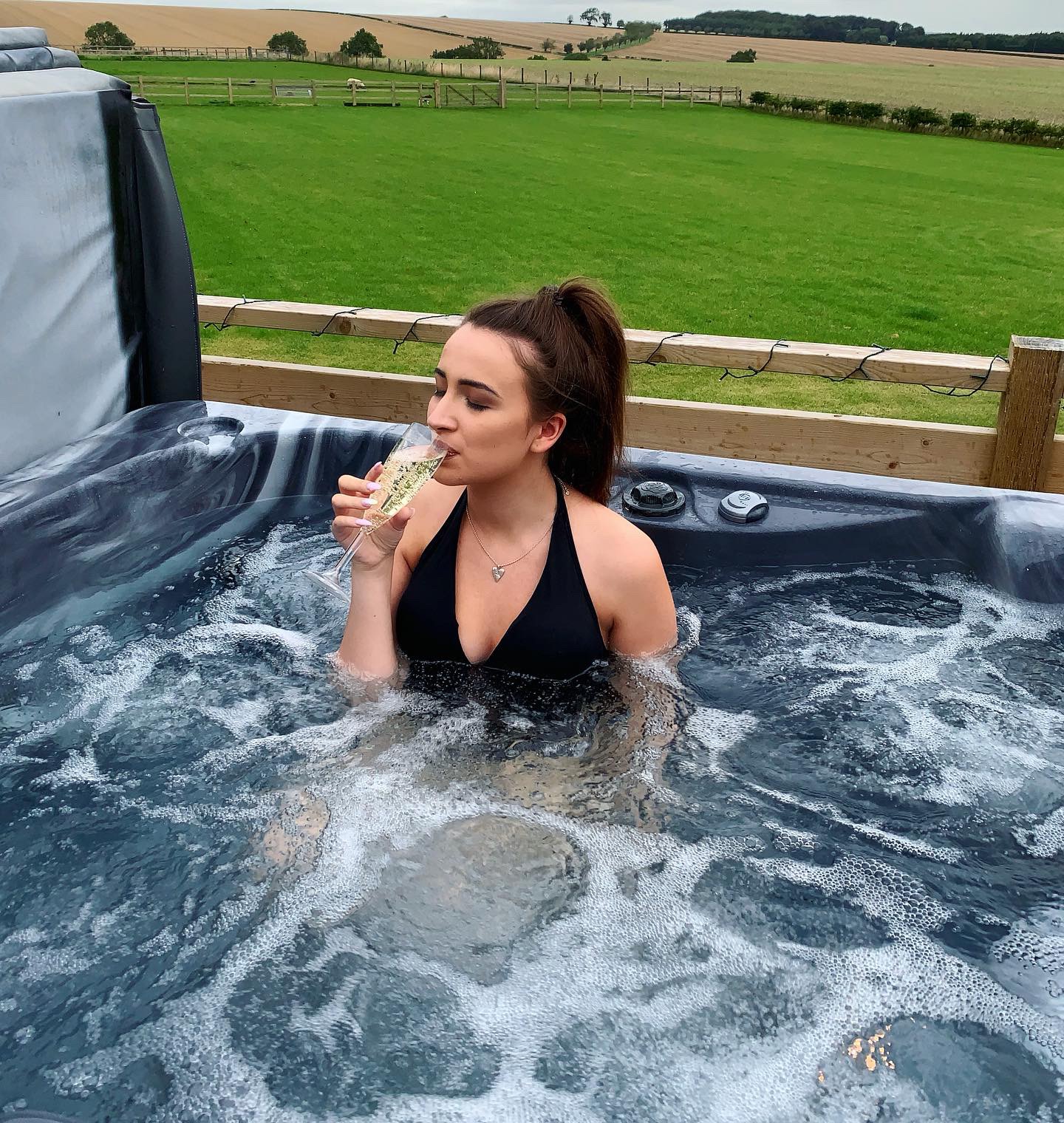 Shortly after coming back from the Yorkshire wolds, we had a little trip to Manchester to sort out the new student house and make it seem more like home. You will hopefully have seen my life update post by now, but this year I am commuting to university, so I technically don’t have a student house. That being said, I will be spending a lot of my time in Manchester so I wanted to help make it more of a home, and be part of the moving in process.

We also had a lovely afternoon back in Manchester City centre, as I haven’t been into the city for about 3 months. We went for brunch at Leaf on Portland street (where I went for the blog and beyond event earlier in the year), and I would highly recommend, its such a nice brunch venue! Afterwards we went to the DogBowl, which is a bowling alley in Manchester. I have never been before as it is usually fully booked but I have seen it a lot on instagram, so we thought to squeeze a game in before the majority of students arrive back in Manchester. It is so much fun and ill definitely recommend it as a biota a different date location in Manchester. If you are a student, the discount makes it pretty reasonable too!

Then September 2019 freshers began. I was so excited about freshers week as a second year, as last year was just too much sensory overload and I didn’t enjoy it at all. I found it really hard to settle in and I missed home a lot, so going out wasn’t really the top of my priority list, and when I did I felt like I wasn’t in the mood and didn’t really enjoy myself. Now I am feeling a lot more settled and have my friends that I know and trust, I was excited to let my hair down a bit and allow the grandma to have a few nights out and experience life as a student!

My freshers started in Hull, visiting one of my best friends university. I have been putting off going to Hull for nearly a year, but I finally decided to go and extend my freshers a bit. It certainly didn’t disappoint! I got so drunk (which you kind of have to do on the first night of freshers), I met all of Emily’s friends and we had a really good night out. Even if I did feel incredibly fragile the next day!

I also had a night out in Manchester that week, and discovered that my new favourite club in Manchester is Ark. I would recommend it if you are wanting a night out in Manchester, its on deansgate so pretty central and I really enjoyed the vibe. Have already been trying to plan another night out there for October. Honestly, September 2019 freshers did not disappoint this year (and I still have a few nights out to go in early October). I know a lot of students read these posts, and if you are currently in your first year please don’t feel disheartened if freshers isn’t the best week of your life. I hated freshers the first time round but now I am in a better mental state, and I really enjoyed it. Don’t put too much pressure on that one week, it does get better even if you don’t think it will right now.

As much as freshers was all fun and games, it does mean that university is starting again. I am not excited for all of the studying to start, but it will be nice to get back into a routine and get through the next 12 weeks, as semester time is always a challenge to manage everything. Plus when semester 1 finishes, Christmas starts! The day you are reading this is actually my first day back (I have had a couple of induction things but the 1st is my first proper lecture) so I’m sure I will update you in Hello November with how it has gone!

The final thing that happened in September 2019 was reorganising and sorting out my office, which I did on the last weekend of the month. If you read this post at the start of the year then you will know that back in January I transformed a spare room in my house into an IRBeauty office, but we quickly filled the storage system in place and needed to purchase some more. A new chest of drawers, more prints on the gallery wall and a very good organise later, and we have the new and improved office now. Did someone say Christmas launch?

So that was September 2019, I think I fit a lot into the month! Overall it has been a really nice last month of summer, and I have enjoyed relaxing as the second year work starts now. There are very few plans for October right now, getting back into a routine, some nights out and my nans birthday but I think it will be a lot more chilled than summer has been. I am just excited for autumn to properly start!

Previous:
Mid Year Life Update
Next:
A chat with @sophsaysblog

A letter to my future self.